Gareth is a Recording Engineer, Mixer & Producer with 20 years’ experience. 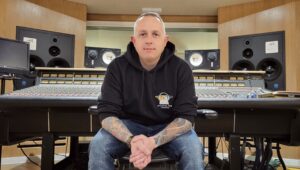 Gareth is our resident engineer at Echotown.  We always receive amazing feedback from clients not only for the fantastic sound achieved, but for the great atmosphere that exists while working with him. He is a treasure to the Echotown family.

» Get in touch with Gareth