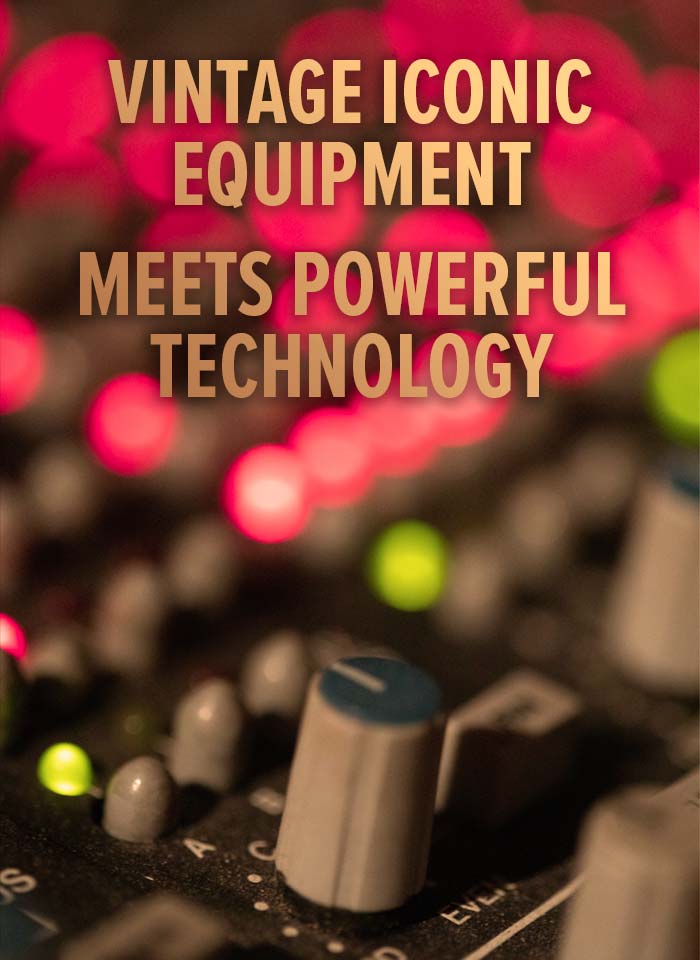 The studio was built from scratch, allowing studio owner, singer-songwriter Nick Capaldi, to use his recording experience to build a suitable high-end studio full of character and world class equipment.

His view as both artist and producer heavily aided the design with thoughts going into every detail, from the characteristic wooden beams and air conditioning ducts painted to look like the Yellow Submarine through to the retro 70s vibes of the Control Room décor.

One of our main goals when designing the studio was to make everything as inclusive as we possibly could. In doing so we have spent much of our time researching and reaching out for advice and have made some wonderful friends along the way.”

Accessiblity in our studio comes as standard

Co-director Grace Capaldi, a wheelchair user and one of our in-house audio engineers knows only too well that studios are sometimes tricky to navigate. Some we have visited together even proved challenging to get through the front door! We want our studio to make anyone who visits feel relaxed and confident. Music is accessible and we feel creating music in a professional environment should be equally available. 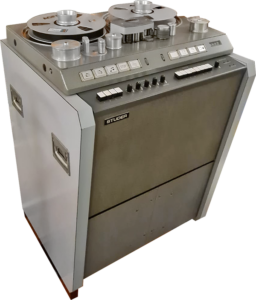 We have spent over a year sourcing the best equipment, most of it vintage and some of it extremely rare.

The first purchase we made was a 32 channel Solid State Logic 6000E console which was previously owned by the BBC in the 1980’s.

We have a microphone collection to rival any of the world’s best studios, plus a huge collection of vintage keyboards, pianos, guitars and amps.

We appreciate how nice to work in daylight and so there are inspiring Dorset countryside views from the windows and loading bay doors.

The control room has a retro feel with hi-end outboard gear. The machine room is visible from the control room which houses three vintage tape machines for those who want to really get back to the analogue magic, including a 4-track Studer J37 (the same model that The Beatles recorded many classic albums on).

We also have a very spacious lounge complete with kitchen area, seating and games including a snooker table for that all important break between sessions.

Grace and Nick are looking forward to meeting you, please get in touch for any enquiries. 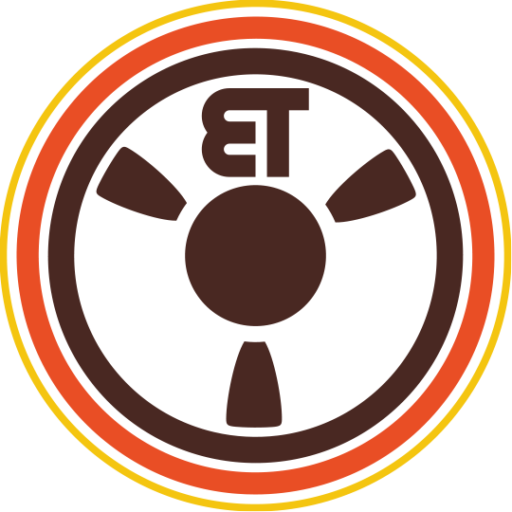 Who was involved in the creation of Echotown Studio?

We have been extremely lucky in being introduced to some of the best and experienced professionals in the industry. These include acoustic expertise from Philip Newell who showed us that there is so much intricate science that goes into a studio build. 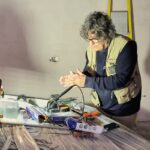 Gwyn Mathias who has spent more hours than there is in a day in meticulously designing how the studio would be put together. He has recorded, engineered, produced, mixed and mastered artists like Gerry Rafferty, Joan Armatrading, Ronnie Wood to name a few, not to mention producing The Libertines first ever demos and lending Pete Doherty a guitar! 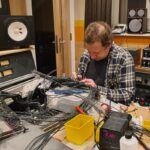 The ‘spaghetti’ veins of the studio were expertly made by Jim Lassen who was recommended to us as the best. His work is not only well thought out and practical but also extremely neat. Jim was an SSL employee in the 80s before going freelance which led to wiring studios belonging to such artists as Peter Gabriel, Paul Weller, Steve Winwood. Jim is also a fantastic drummer who plays and thinks out of the box. 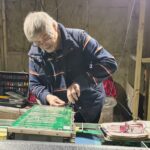 Our gorgeous 1980’s SSL console needed a lot of love and restoration to bring it back to its former glory. This was undertaken by George Gilbert who was also an SSL employee in the 80s. He now travels around keeping these old desks maintained. As well as our SSL, George also looked after Kate Bush’s desk which resulted in the gift of a signed vinyl album wishing us luck with the studio.

With the computer and digital side of things we were introduced to Tom Stanford whose knowledge knew no bounds. He was instrumental in setting everything up to work with the digital audio workstations. Tom spent days testing the functionality of the studio, ironing out any creases before he engineered out first ever session.

We also worked with our good friend Jason Dasent who is a visually impaired producer musician and accessibility in music consultant. Jason helped us to choose the right purchases to aid our studio in being inclusive for all. These include screen readers, Komplete Kontrol keyboards, Avid hardware and other digital packages. Jason introduced us to Drake Music who are a national arts charity specialising in using music technology to break down disabling barriers to make music. They also helped us by sharing their experiences and challenges in accessing other studios. We implemented various improvements in our new build to ensure anyone visiting Echotown Studio would not encounter the same restrictions.

The actual building was erected over the space of a year by Flann Building Services. They were a joy to work with and we often joined them for a cup of tea while we discussed creative designs and colours. Types of wood and flooring. Having never built a studio before, they took to the project with passion and interest. 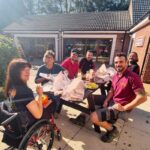 Miles and miles of carefully thought-out cabling were installed by Stubbs Electrical. They were such fun to work with. They would come up with very creative ideas that people always comment on when they visit the studio. These include lighting up seats made out of cars, photo screens, automatic lighting and more. Their other talent being Stubbs Security made us feel content that our lovely studio is always safe and secure. Everything was done so neatly and with extreme attention to detail.

Once everything looked ship shape and ready for action, we asked Andy Whale Photography to come and take the beautiful pictures for our website. Andy and his talented assistant Sophie are always fantastic to work with and full of original ideas for any project. 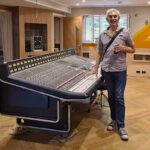 This website was designed by our long time friend and college Didier Sajno who is incredibly creative. Watching Didier put the visuals together is literally witnessing him create art.

To enquire about booking the studio, please contact us with details of your project so we can provide a bespoke quote.
ENQUIRE